These Two New Quadron Songs Are Definitely ‘Gonna Get You’ 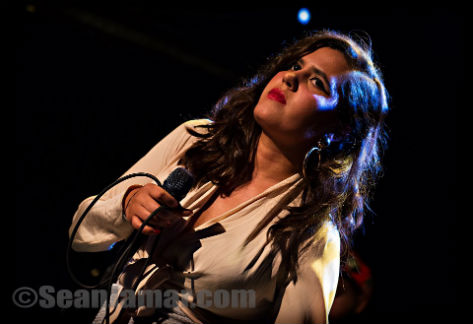 If there was any fear that their new label deal would water down what we've come to expect from our favorite Danish duo Quadron, then the two songs to leak from their upcoming album should go a long way to quash those fears. Over the weekend, "Sea Salt" and "It's Gonna Get You" made their way to the internets and boy do they not disappoint. Debuting exclusively on EW.com, "It's Gonna Get You" finds Coco O. and Robin Hannibal paying homage to Stevie Wonder and Michael Jackson with this vintage-sounding tune. Complete with strings and a grooving beat, it's really Coco's vocals and the keys that steal the show on this one. Meanwhile, "Sea Salt" provides a much more languid alternative to the midtempo "It's Gonna Get You." Better suited for a day of relaxation, "Sea Salt" is a soothingly sensual song that showcases Coco's softer side. Both songs only ramp up the anticipation as we get closer to the June 4th release date of their Avalanche album. [Photo: Sean Rhinehart]