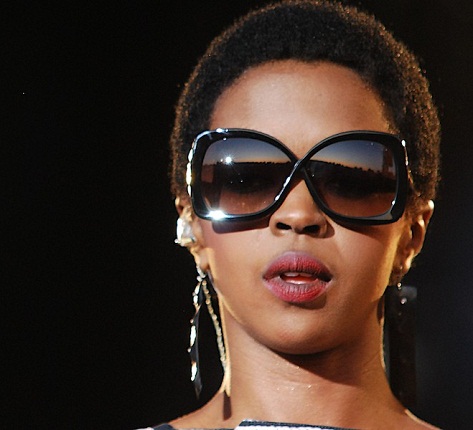 For a long time, I was one of those that hoped against hope that Lauryn Hill -- ahem -- Ms. Lauryn Hill would finally return the greatness that she displayed in her heyday with the Fugees and The Miseducation of Lauryn Hill. That's why when news of her new record deal broke during her tax evasion case, my ears perked up and I became curious as to what a 2013 Lauryn record would sound like. Over the weekend, we all got to experience exactly that when Lauryn dropped her new joint "Neurotic Society." The song finds her once again taking jaded aim at society's ills as she spits with a passion we haven't heard from her in quite some time. However, while I can clap to (some of) the message, the delivery leaves much to be desired. For one, her flow would probably work better on a spoken word stage than it does on wax. It feels like L Boogie is talking at us rather than to us as she spits a rapid-fire laundry list of what's wrong with the world today. Couple that with a weirdly drowsy beat that doesn't match the urgency of her flow and you're left with a confusingly muddled mess that you'll probably only listen to once (and probably not in full). I understand that Lauryn claims to have released this "Compulsory Mix" only because it was legally necessary and that it was "rushed" (though this was just released to iTunes over the weekend and it seems she's already paid off her IRS debt), but this one has killed any expectation I had for the great comeback of Lauryn Hill.


TAGS:  audio, fugees, lauryn hill
Previous: We ‘Got’ Sinead Harnett Next: Go On An ‘Award Tour’ With Jesse Fischer