Eric Lau Is Just ‘One Of Many’ On His New Album 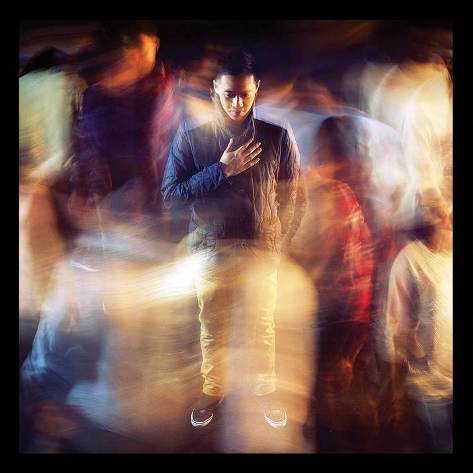 Eric Lau has gone on record stating that "When I made my first album [New Territories], I didn't really know what I was doing production and mixing wise." Now those have you who have heard said album, and I'm assuming it'll be quite a few of you, may be somewhat confused, as New Territories was easily one of the best albums to surface back in 2008, and is seen my many -- myself included -- as a nu-soul classic. Well, if that is how Eric feels about his debut then his latest LP, One of Many (stream here), should have benefitted from the intervening five years that Eric has had to hone his skills, right? Well, the quick answer is yes it does, and boy is this an album you won't want to miss out on.
Center

Calling in favors from some very talented friends, Eric has crafted an album that demands being listened to from start to finish, no interruptions, no skipping, just a 45-minute journey through the mind of one of the best producers in the game right now. A quick roll-call of those involved is necessary, as it demonstrates just how respected Lau is by his peers. One of London's the world's finest musicians, Kaidi Tatham, had a hand in most of the album's tracks, whether it be as co-writer, co-producer or just providing his immense skills on the keys. Two of London's most respected session musicians, and artists in their own right, Alex Bonfanti and Ben Jones, provided bass and drums respectively. Vocalists Rahel and Tawiah, both highlights of New Territories, return here to provide star turns alongside long-time friends of Lau, Georgia Anne Muldrow, Oddisee, Olivier St Louis and upcoming British songstress Fatima. Not wanting to leave anyone out, Sarina Leah, Annabel and Meshach Spooner, all guests on Lau's debut, return here to provide some of the gorgeous backing vocals. So basically we have a who's who of London talent all squeezed on to one relatively short but perfectly executed album.

We have already heard three singles from the project prior to release. "Everytime" featuring the always on-point Rahel was an early favorite and stands as one of the album's many highlights, providing one of the more upbeat moments. "Where To Go Now" features one of the catchiest hooks we have heard in a longtime as Tawiah, in her own decidedly British manner, sings about letting go of fear and embracing the freedom to do what you want. The third single from the project, and the track that took a little longer to grow on me than the rest, was "Guide You." Once again featuring killer vocals courtesy of Rahel, this track gives me serious Minnie Riperton vibes. Not neccessarily in terms of vocal style, or even musically, it's just the song's overall feel.

Aside from the singles, there is a lot to love on One of Many. Georgie Anne Muldrow brings her frenetic flow to one of my personal favorites, the feel-good funk of "Lily of the Desert," whereas "Rise Up" sees Eric giving a nod to his hip-hop roots, alongside the laid-back-yet-direct flow of Oddisee and Olivier St. Louis (aka Olivier Daysoul) on the hook. The track is a call to arms, an anthem of empowerment that, coincidentally, was created in the studio on the same day that the London riots took place. The album's "love song" comes courtesy of Tawiah with the beautifully crafted "Closer," a song about wanting to be closer to someone than is physically possible, which Tawiah manages to convey perfectly. Fatima's sole contribution is on the appropriately titled "Divine," a summery groove with a vocal that brings to mind basking in warm sunshine on a far away beach. Fatima is set to release her debut project sometime this year and if this (and her previous work) is anything to go by, it will be another essential album.

While Eric made quite an impression with his debut New Territories, in the interim he has focused more on instrumentals, releasing two further albums and an EP, and dabbling in a bit of production work for other artists. Whereas that work is nothing short of stellar, it's on the more soul-oriented material where his skills really shine. One of Many may not get Lau the mainstream recognition he rightfully deserves -- I fear the album is too subtle and doesn't have enough "big" moments to impact the charts or mainstream radio -- but for those who appreciate real musicianship, great songwriting and fantastic production, you won't find a much better album this year.

Eric Lau Out of Many [iTunes] 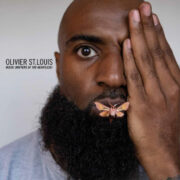 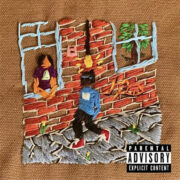 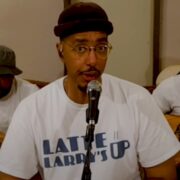