Kelly Rowland Is Still Working On Her ‘Game’ 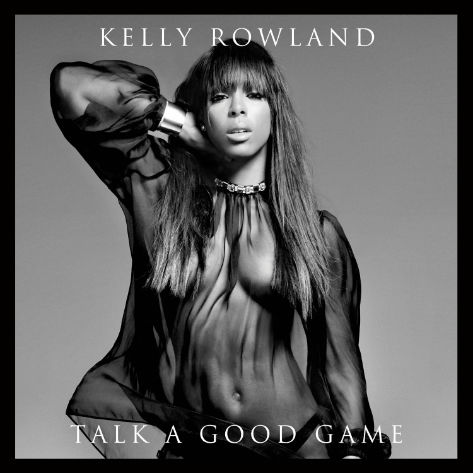 I believe in Kelly Rowland. She is a beautiful woman with an emotive voice whose resume has grown to include red carpet reporting and music-based reality shows (The X Factor on TWO continents). In 2011, I was ecstatic that Rowland may have finally found her sound with the breakout hit, "Motivation." If there is any artist that can bring quality R&B to the masses, you would think it would be Kelly Rowland, right? Unfortunately that hasn't been the case and begs the question why has she not been able to capitalize off of a single leading up to her newest album, Talk a Good Game? She has the credibility and network to work with the hottest producers and writers on the planet, yet her two lead singles "Kisses Down Low" and "Dirty Laundry," while showcasing a more mature side of Rowland, didn't ignite anticipation for a full release.
Center

Aside from the choices for the first two singles, Talk a Good Game sees Rowland putting together a cohesive (surprising, given the number of producers) set of R&B tunes that are cathartic in nature. The album starts off with "Freak," a pulsating, blatantly sexual song that channels a Janet Jackson/Prince collaboration that needs to happen. My pick for the next single, "Gone" featuring Wiz Khalifa, samples Joni Mitchell's "Big Yellow Taxi" and sees Kelly finding her lane on a song that has big radio potential. On the title track "Talk a Good Game," Kelly talks about dealing with a shady significant other who can talk a good game but doesn't deliver. In return, she scolds, "Why do things the hard way / When you can just be honest."

Whether this was intended or an unintended consequence, the best song on Kelly's fourth solo studio album is "You Changed," a mid-tempo jam featuring Beyoncé and Michelle Williams. As much as they say it's not a Destiny's Child song, it's a Destiny's Child song. It could fit perfectly on Destiny Fulfilled right after "Girl." The songs "Down On Love" and "I Remember" showcase the versatility of Kelly's voice and how she is capable of blending many genres on a single album. "Down On Love" is a bouncy, unassuming cut with R&B flavor while "I Remember" has a dance flavor reminiscent of Ne-Yo's recent Euro pop misadventures. However, Kelly pours it on a little too thick for my tastes in "Street Life" where she opens the song with the line "Ooh! There go my baby daddy." I didn't know Kelly was about that life, and it's doubtful that she is.

The sheen of the opening week will definitely be diminished by the fact that Talk a Good Game opened opposite Kanye West's Yeezus and J. Cole's Born Sinner, but I am sure that many an R&B fan will give this album a listen. Recent albums from artists like Chrisette Michele and Fantasia sound polished, well thought-out and represent real growth as opposed to Talk a Good Game, which sees Kelly stuck in neutral. It is obvious that Kelly has put in considerable time and effort into making this album a statement and an avenue for fans to get to know her better, but I don't see this as pushing R&B forward.