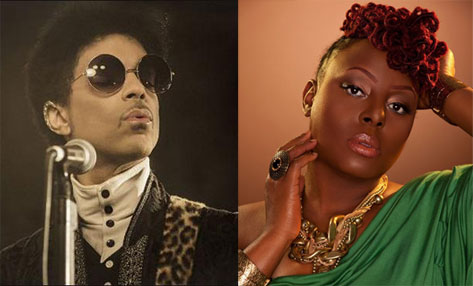 Prince has been releasing a steady stream of singles via his 3RDEYEGIRL website over the last few months, and, while nothing is set in stone, it is rumoured that many of them will make their way on to an upcoming album entitled Plectrum Electrum. Overnight another single surfaced on the site and, on paper at least, it's a match made in musical heaven as The Purple One teams up with soul siren Ledisi on "Ain't Gonna Miss U When U're Gone." Luckily, what looks good on paper sounds even better through speakers as the pair deliver an epic, six-minute long funk jam that should have everyone working up a black sweat as soon as the bass kicks in. We will have no complaints if Plectrum Electrum contains more of this!


TAGS:  3rdEyeGirl, audio, ledisi, prince
Previous: Morning Soul: Didn’t Break The Way You Shoulda Broke Next: The Stepkids Risk It All With ‘The Lottery’