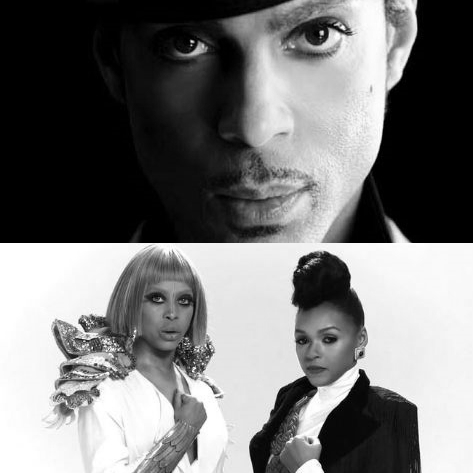 I'll hold my hands up and say that, at first, I wasn't completely feeling Janelle Monáe and Erykah Badu's "Q.U.E.E.N." The collaboration had been built up to such epic proportions that it was almost impossible to live up to expectations. That said, since giving it repeated listens, and watching the video what seems like 100 times, I'm now onboard with the song 100% and can't wait to get my hands on Electric Lady later this year. To tide us over until then we have a re-vamped version of "Q.U.E.E.N." courtesy of Monáe's friend and mentor, the one and only Prince. Premiered via a 3rdeyeTV stream a few days ago, the "Prince/Paisley Park Remix" sees the track given a New Power Generation makeover, adding a hefty dose of dirty funk to the mix. We have no idea if this will see an official release or not, so give it a spin below before the inevitable happens. [H/T: PBB]