Sandra St. Victor Gives Us Exactly What We ‘Prefer’ 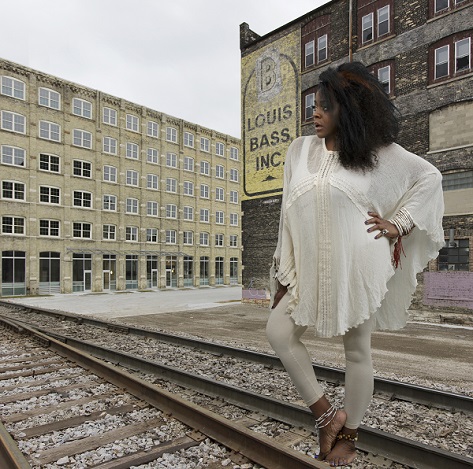 The last time we heard from soulful singer Sandra St. Victor, the Dallas native was putting her own spin on John Coltrane's jazz classic "Naima" alongside No Plan B and her bandmates The Family Stand. Now, she's gearing up for her Shanachie Records debut, Oya's Daughter, by releasing the project's lead single "I Prefer." Buoyed by Mark de Clive-Lowe's spot-on production, matching frenetic percussion with laid-back piano and synths, "I Prefer" is an uplifting slice of soul. Sandra spouts a laundry list of what could fix the world's ills in her powerful and unique voice during the verse before calling upon Oya, the Orisha of change, during the chorus. Oya's Daughter, which is produced entirely by MdCL, will arrive on September 24th. Give "I Prefer" a spin, and hear the change Sandra will be bringing when the album arrives.


TAGS:  audio, john coltrane", mark de clive-lowe, No Plan B, sandra st. victor, the family stand
Previous: We’re Not ‘Afraid’ Of Something New From Amel Larrieux Next: Freddie Joachim Puts His ‘All’ Into These Submotion Orchestra Remixes