Victoria Monét Cautions Us About ‘Malice In Wonderland’ 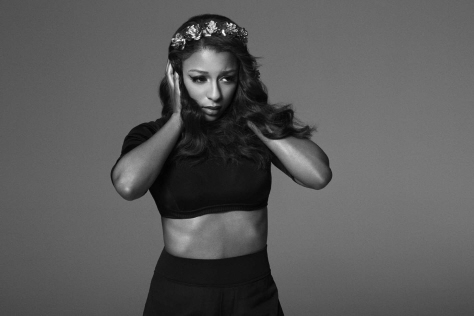 When I first took in a listen to Victoria Monét's "Malice In Wonderland," the sneaking synth beat drew me in. Then when she splashed her vocals over the top I was further reeled in and sold on this brooding R&B tale of love gone wrong. Now I'm not a Rihanna fan (yet, I will not lie about liking her fashion style or her Twitter persona), but Monét sounds like how I wish Rihanna would sound, you know, on-pitch. Don't grimace at me. You were thinking it, too. I just said it because I can take the tomatoes you'll throw at me; I need to make a salad for lunch anyway. All snark and shade aside, Monét has got quite a debut single for herself that feels the way modern R&B should be -- controlled and melodic with a dash of soap-operatic drama. Hailing from Sacramento, Monét technically isn't new to the scene as in addition to a recent duet with singer Eric Bellinger she has penned hooks for a bunch of R&B and hip-hop's most elite including CeeLo, Nas, Mary J. Blige and Kendrick Lamar, among others. With "Malice In Wonderland" and a stuffed resumé to boot, the only way is up for Miss Monét.