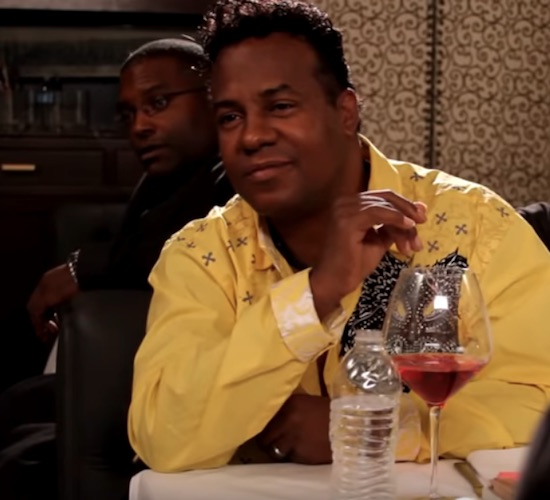 You know how sometimes when there's so much star power in one place coming from two different sources, they cancel each other out? That's what happened with Marvin Gaye III, son of classic crooner Marvin Gaye and Anna Gordy, and nephew of Motown legend Berry Gordy. MGIII recently released the video for his single "Cant Take My Eyes Off You," which has to be seen to be believed. The fist-pumping pulse of the track, reed-thin vocals and pretty much everything else in the video is just...breathtaking. It's hard to tell if this is a troll a la Turquoise Jeep or a legit attempt to follow in his father's footsteps. Perhaps what's most jarring is seeing MGIII sing in front of murals of his late great father. Mercy, mercy me indeed. Watch at your own risk, but be careful, though. If you listen to it enough it gets kind of catchy -- I might have to add this to my jogging playlist.