Does TGT Have What You ‘Need’? 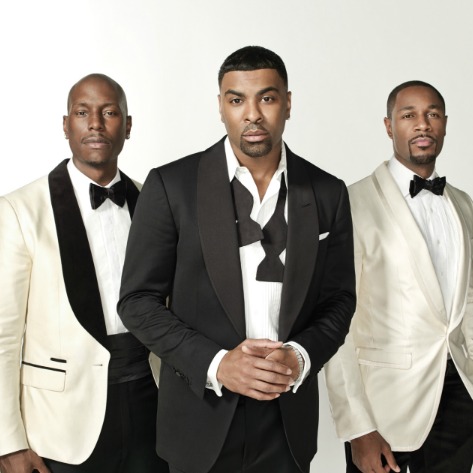 When news first broke that Tyrese, Ginuwine and Tank formed TGT, I largely ignored the chatter. After their first single "Sex Never Felt Better," my first thought was "typical," and I moved on to the next one. But, I've been feeling a little nostalgic lately, longing for the days when our R&B men got together on the regular and made magic happen, so when TGT released "I Need," I was a little more receptive than I was the first time around. The straightforward piano-driven track has Tank's name all over it, so it's no surprise he sings the first verse. Each of them handle their parts well even if the track doesn't necessarily arouse excitement about the rest of their material. Fans needing more of the group can catch them on one of several remaining dates for their 3 Kings tour. Tyrese took to Instagram recently to promote the group's upcoming album saying, "No one said it would be easy... But when y'all see this concert, and hear all 15 of these songs coming on this #3Kings album Aug 20th it's going to be like NOTHING you've ever heard in your LIFE!!!" He used three exclamation points. I'm sure that means the album is going to be epic. Truth be told, I'm kinda looking forward to what these guys have to offer.