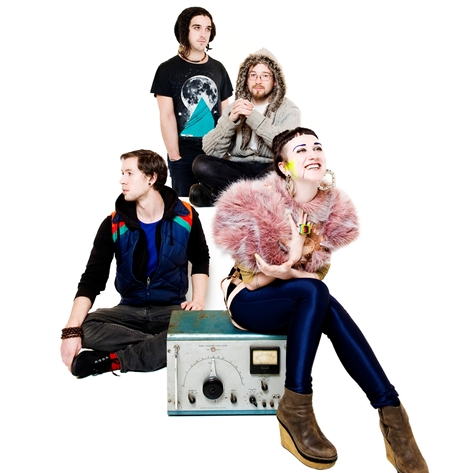 When you're onto a good thing, stick with it. It appears Hiatus Kaiyote understand this saying well. They've recently released a version of "Nakamarra," the song that put them all over the map internationally, with a guest appearance by the one and only Q-Tip. Sometimes rap cameos seem to be thrown into a song for no other reason than for marketing purposes, but this one right here with the Abstract himself only serves to compliment lead vocalist Nai Palm's sublime tone and enhance the track's dreamy vibe as a whole. In related Hiatus Kaiyote news, they've recently signed with Sony imprint Flying Buddha and will be re-releasing their debut album Tawk Tomahawk on July 16th. Here's hoping that this version of "Nakamarra" appears on the re-release. [H/T: NSY]