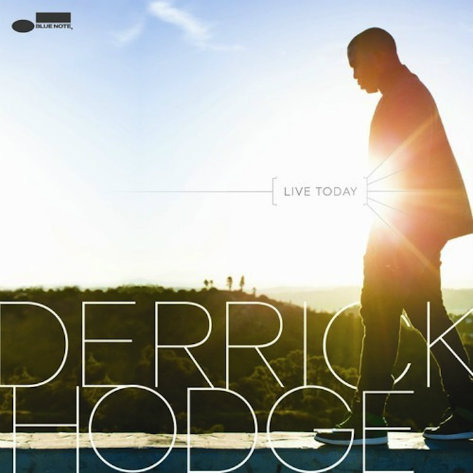 Even if you've never heard of Derrick Hodge, there's a strong chance you've already heard some of his work. The bassist-composer-producer has recorded and performed with the likes of Robert Glasper, Kanye West and Jill Scott, in addition to serving as the musical director for Maxwell. Now the Philly native is ready to step out of the shadows and into the spotlight with the upcoming release of his debut solo album, Live Today. Due out August 6th on Blue Note Records, NPR is giving listeners the chance to hear it before the release date by streaming it on their website. Despite having such star power in his inner circle, Hodge allows his talents as a composer and bandleader to shine, with rapper Common providing the only big name vocal appearance on the album's title track. From start to finish, Hodge's first solo outing reiterates why so many call on him in the first place. Listen to Live Today now on NPR and pre-order the album from iTunes.
Center