‘We Can’t’ Stop Listening To This Hardsoul & Eric Roberson Song 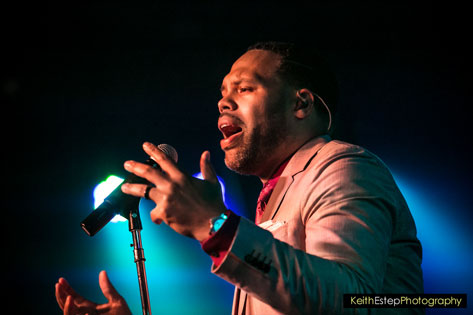 Eric Roberson may be singing a different tune with his United Tenors brethren, but please don't think that he's left soul and R&B behind. Quite the contrary as Erro can currently be heard on Zo!'s new album ManMade on the dance floor groove "We Are On The Move," and now he's slowing things down a taste on the track "We Can't Finish" with Hardsoul. If the name Hardsoul isn't familiar to you, then perhaps Jermaine Mobley will ring a bell. Roberson and Mobley have worked together extensively with the latter most recently co-writing and producing last year's warm weather jam "Summertime Anthem" for the former. The pair have teamed up once again, and they have another winner on their hands with the mid-tempo tale of two friends who become lovers. The only problem is that the man in the scenario already has a woman at home but with lines already crossed the new two can't finish what they've started. Yeah, this song goes there, but Eric Roberson sure does make being bad sound oh-so-good. If you're digging this, then you're in luck because Hardsoul is offering it up for free on SoundCloud. [Photo: Keith Estep]