Bad Rabbits & Teddy Riley Want To ‘Dance With You’ 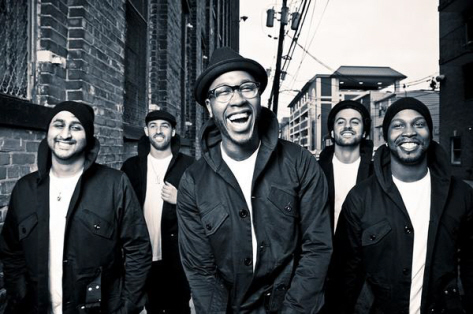 We've been so focused on disco making a comeback that it barely crossed our minds that other generational genres are in need of a revival. Maybe Boston quintet Bad Rabbits have tapped onto something as they deviate off the course of bass lickin' disco ball grooves and have stepped into the stark synthesizers of the New Jack Swing movement of the late '80s and early '90s with their brand new single "Dance With You." The futuristic soul group are wise to team up with none other than New Jack king Teddy Riley, who should know a thing or two about the genre considering his ties to hit-making Swing groups Guy and Blackstreet and for crafting arguably the one of the best (if not the best) New Jack albums of all-time, Michael Jackson's Dangerous. Riley is going to flex his producing muscle yet again as the Bad Rabbits have him tapped to produce all of their upcoming American Dream project, the follow-up to this year's American Love set. "Dance With You" makes quite the impression as the first single thanks to it being seeped in a sauce of jumpy synths, vocoder vocals and even a sample of Guy's 1988 hit "Groove Me" to boot. So should New Jack swing back around or should we leave it as a 20th Century thing? Make your decision by pressing play below.