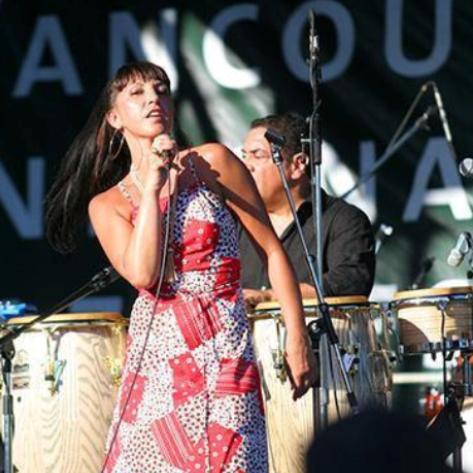 Bembé Segué is a name you will surely be familiar with if you have paid any attention to the West London soul scene over the last decade. A core figure in broken beat, nu-soul and nu-jazz, she has collaborated with everyone from Mark de Clive-Lowe and Dego (4hero/2000black), to IG Culture and Bugz In The Attic. With such a wealth of collaborative talent, many thought it would only be a matter of time before Bembé released a solo album, but one never materialized. Fast forward to last week and a very pleasant surprise appeared in our inbox, an email from MdCL announcing the release of a number of Bembé's demo recordings that were originally slated to appear on her debut. Some of the recordings are a little rough around the edges (as is to be expected with demos), but there is still plenty to love here with the opener's jazzy swing ("Action Rio"), "Right On 4 The Darkness" and its acoustic-meets-broken-beat vibe, and "Cosmic Spaces", which sounds like something from her Politik days (the group she formed with MdCL). What's even better is that Bembé has released these unfinished gems for free via Bandcamp. Here's hoping this is a prelude to a debut album proper from Ms. Segué.