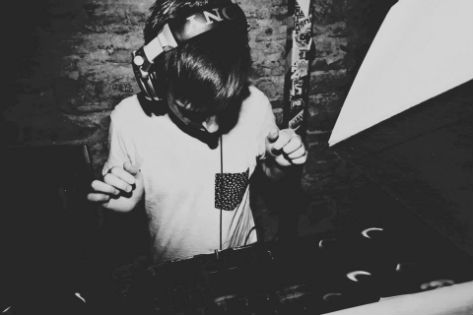 Though the clock is winding down to the end of summer (*sniff*) it's not to late to squeeze in a a few more anthems for that final beach party, barbecue or last taste of freedom before academia begins again. Former jazz trombonist turned producer Figgy has one such final aural gasp of the season with "Can't Hide." As a big time fan of CeCe Peniston, I was quite pleased to hear her classic 1992 hit "Finally" being put to good use as it is sprinkled liberally throughout this smoothie cool electronic R&B number adding a little '90s house to the formula. "Can't Hide" is the first in a series of re-fixed jams that include tracks from T-Pain and Banks and you can give them all a listen and a free download over at Figgy's SoundCloud or Bandcamp pages.