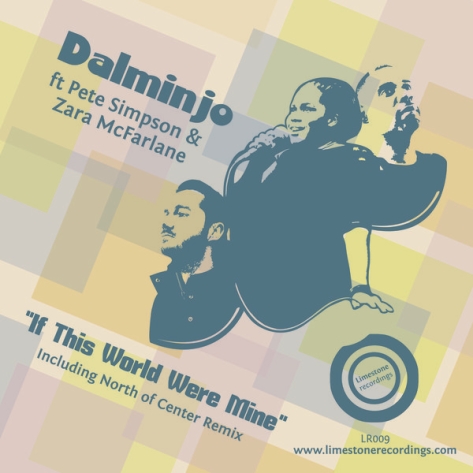 Everyone has their favorite Marvin Gaye and Tammi Terrell duet, whether it be "Your Precious Love," "Ain't No Mountain High Enough" or "If I Could Build My Whole World Around You," but my personal choice has to be "If This World Were Mine." It's the combination of that intro sequence and one of the best (in my opinion) vocal performances we heard from Tammi. I'm not a person who believes any song is "untouchable," but I can't imagine anyone doing this particular song justice, it just has classic stamped all over it. Well, that was until I stumbled across this little gem today courtesy of Gilles Peterson. Norwegian producer Dalminjo has given the ballad a four to the floor makeover, roping in well know house vocalist Pete Simpson and jazz chanteuse Zara McFarlane to take this straight to the dance floor. I've long been a fan of Simpson's voice and it has a certain Gaye-esque quality to it anyway, but Zara is the real highlight here, proving that she can do more upbeat material just as well as she can do jazz. The single will be released on August 19th in its full 9+ minute glory, but until then you can check out a taster below.