Idris Elba Has Love For His ‘Family’ 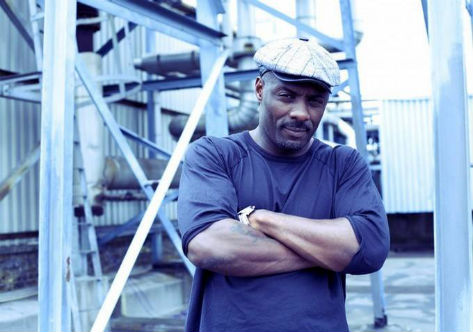 Idris Elba's talent knows no bounds. He's an accomplished actor who's conquered both television and film, but that's not where his story ends -- or even where it began. Long before becoming a thespian his first love was music, and he's deep into it as a DJ, producer and artist who is known to rap and/or sing depending on how the spirit moves. In between multiple acting projects (the new season of TV drama Luther, the upcoming Nelson Mandela biopic Mandela: Long Walk To Freedom), Elba has been quite prolific on the music tip over the past year. Followers of his 7 Wallace SoundCloud have gotten the scoop with a steady stream of new tunes that he's posted. The latest is the song "Family," an acoustic ode to the love he has for his kinfolks. Admittedly, Idris isn't the strongest singer; his singing voice is reminiscent of Wyclef Jean but much less annoying and yodel free. However, "Family" is a sweet little ditty, and when he speaks on the bridge in that British accent of his and you recall how beautiful the man is, any thoughts about his vocal shortcomings are gone with the wind. Dig this free download, and dig into more musical treats across many genres on Mr. Elba's bountiful SoundCloud page.