Issa Rae’s ‘The Choir’ Brings The Funny To Church 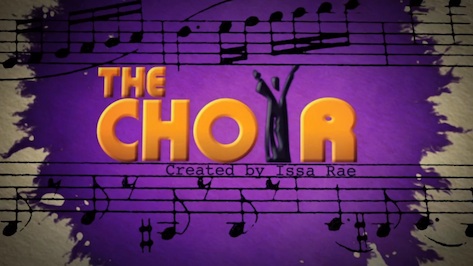 Issa Rae strikes again with what looks to be a juicy new web series named The Choir, centered around the choir at the United Church of Holy Christ in Fellowship, a black church struggling to develop its membership. Out of the gate, it's straight comedy when a sexy soloist offers a holy roller rendition of Janet Jackson's "Any Time, Any Place." Dramatics ensue when that same wanton woman is caught getting jiggy with the interim pastor -- by his wife. I haven't heard any Tamela Mann type of church voices just yet, but the singing is passable and serves its purpose. The production quality for Rae's work has gotten considerably better, no doubt due to the success of The Mis-Adventures of Awkward Black Girl and it doesn't hurt that Tracey Edmonds is one of the show's executive producers (it's featured on her Alright TV YouTube channel). The next episode of The Choir premieres on September 12th, so get ready for more joyful noises and hearty laughs.