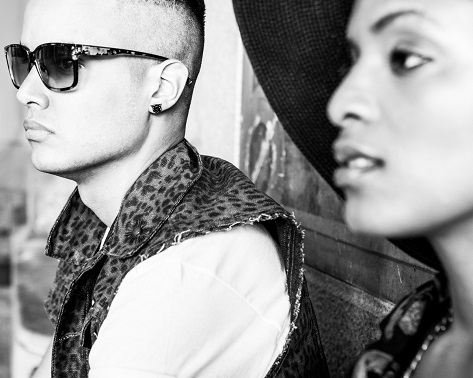 Brooklyn duo denitia and sene have quickly become one of my favorite music discoveries. After nearly playing the breaks off their album his and hers. and singles like "the nude." and the Knxwledge remix of "casanova," the duo have kindly dropped new track "it's your fault" for my...er, our listening pleasure. Lead by a simple, fragile piano line and programmed drums, the song finds the duo passing the buck as to exactly who's to blame that a relationship has unraveled. The song, with its cooly nonchalant vocals, gives off a vibe that, while both parties might have fought to make things work, both have resigned that the end is here. If you happen to live in NYC and want to hear the band perform this song or others in their repertoire, then you catch the duo and other SB faves, like Phony Ppl's Dyme-A-Duzin and The Internet, at the Red Bull Sound Select/Brooklyn Bodega show on August 13th. In the meantime, stream "it's your fault" below and head to the group's Bandcamp profile to cop it.


TAGS:  audio, denitia and sene., Dyme-A-Duzin, Knxwledge, The Internet
Previous: TGT Want To Give You What You ‘Need’ Next: Myron & E ‘Do It Do It Disco’ Style