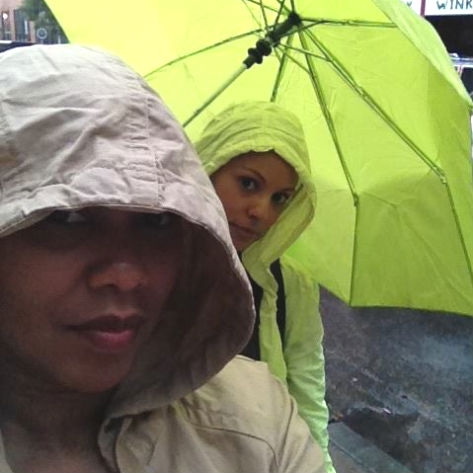 Like so many who have returned to the scene this year, the Jazzyfatnastees don't seem content with just dropping a one-off track and then disappearing again. Right on the heels of releasing "Keep It Movin'" last week, the duo bring us the beautiful "Wrong" this week. "Wrong" is an easy, folk-tinged effort that paints a picture of a relationship at a crossroads. Taking on the role of a lover willing to shoulder the blame and swallow her pride, the duo sings, "I'd rather be wrong, If it'll make things right." It's a position and a place that I'm sure many of us have been in at one time or another. And, with their haunting harmonies, introspective lyrics and an uncluttered musical arrangement, the ladies evoke all the emotions one would feel in this predicament. While I don't want to get my hopes up that the Jazzies might have a new album in the works, if they keep dropping more gems like this, I might just have to.


TAGS:  audio, Jazzyfatnastees
Previous: Demetria McKinney & Musiq Soulchild Give Us Something To ‘Believe’ In Next: NYC Bouncers: Win Tickets To See Laura Mvula & KING In Concert!