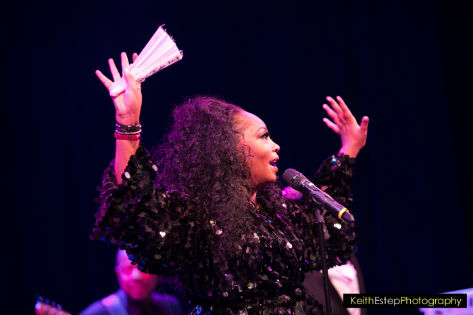 The word "diva" is being thrown around like confetti these days with few female artists actually living up to the definition. But there are some talents who are living and breathing examples of diva-dom, such as Jody Watley who has paid her dues and earned the title. After breaking out as a Soul Train dancer in the '70s, leading Shalamar to greatness in the early '80s, reaching icon status with her solo work in the late '80s and enjoying a good run through the '90s, Ms. Watley's career is entering a new phase with the single "Nightlife." Jody takes listeners for a twirl on the dance floor with a thumping groove and catchy lyrics. I dare not call this a comeback, because Jody Watley has never gone anywhere. True fans know that she's been steadily releasing music over the years and touring, but "Nightlife" may just be what she needs to make the public at large wake up and take notice once again. [Photo: Keith Estep]