K. Michelle Gets ‘Rebellious’ & Bares Her ‘Soul’ For VH1 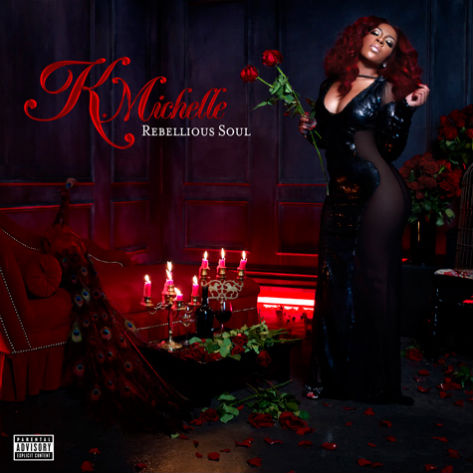 Say what you want about K. Michelle, but she is working VH1 and Mona Scott-Young for her good. With the second season of Love & Hip Hop Atlanta winding down, the Memphis, Tennessee bred diva is blossoming and transitioning from everyone's favorite reality television train wreck to a soul singing force to be reckoned with. In preparation for her debut album, Rebellious Soul, she has granted VH1 fans exclusive access to stream her new music. Following in the footsteps of the likes of Mary J. Blige, Keyshia Cole and Shareefa, K. Michelle belts her heart out on records like "My Life," "Sometimes," and "I Don't Like Me" as she effortlessly blends soul with hip hop and stories of past pain. Other standouts include the sensual "Pay My Bills," "Ride Out," and the feel good lead single "V.S.O.P." And if you're actually a fan of her shenanigans, she added something especially for you in the Millie Jackson-inspired "Coochie Symphony" interlude. Head over to iTunes to pre-order K. Michelle's Rebellious Soul, which will be available everywhere on August 13th, and tune in to the Love & Hip Hop Atlanta season finale next Monday to catch a special performance of "V.S.O.P."