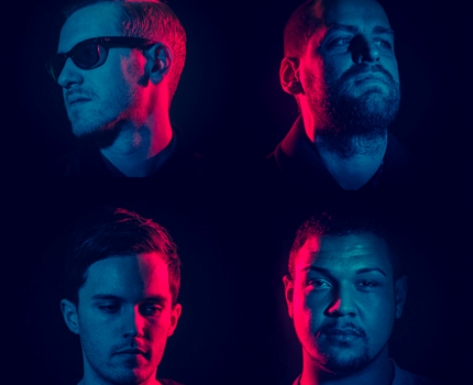 Hot on the heels of their storming remix of Alice Russell's "Hard and Strong" Brighton four-piece Let The Machines Do The Work are set to release their latest single, and it could be the one to get them the recognition they deserve. Described as a "clash [of] analogue and digital equipment with elements of house, techno, soul and disco," the screwed basslines and shiny, lazer-like synths are laid down by Al Cowan (aka Alice Russell affiliate TM Juke), Jimmy Day and Alex Over, while Louis Howard Jones provides the honey-coated vocals that give the track "that elusive human edge often lacking in modern dance music." Can't say fairer than that. The track drops September 30th.


TAGS:  Al Cowan, Alex Over, alice russell", audio, Jimmy Day, Let The Machines Do The Work, tm juke
Previous: Kevin Michael Gets Lost In The Crowd ‘Sometimes’ Next: Quantic & Anita Tijoux Do Their ‘Thing’ On This Lauryn Hill Cover