Prince & The NPG Are Set To Take Manhattan 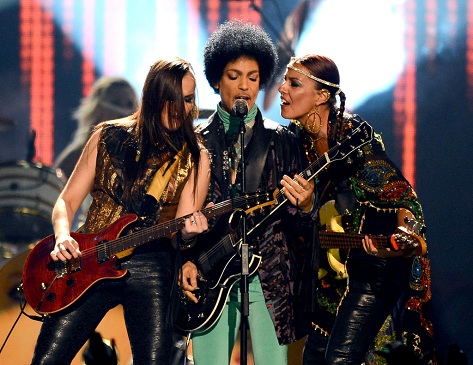 It seems that summer of 2013 has brought a lot of concert hotness to the streets of NYC. And, just when you thought it would start simmering down, Prince and his crew the New Power Generation have announced a six-show residency at New York's City Winery to add more fuel to flame. Set to kickoff August 21st and end on August 25th, the residency promises to include the NPG as well as vocalists Shelby J and Liv Warfield. Tickets for the nights range from $75 to $100 (except for the Sunday night show, which will set you back $200-350). Yowza. The Purple One, however, is not promised at every show, though it is said that he will headline at least one of them -- I'm willing to bet that it's more than likely the more expensive Sunday night set. More information about the shows is still scarce (as with most things Prince), but tickets will go on sale this Thursday and you can catch dates and showtimes after the bounce. If I were you, I'd keep my eye on City Winery's website over the next few days. You wouldn't want to miss out on what's sure to be the jam of the year. [H/T: DRFB]
Center


TAGS:  City Winery, liv warfield", New Power Generation", NPG, prince, Shelby J
Previous: Tone Trezure Tells The Danger Of Being About That ‘Life’ Next: Morning Soul: What You See, What You Get Don’t Always Coincide