Quantic & Anita Tijoux Do Their ‘Thing’ On This Lauryn Hill Cover 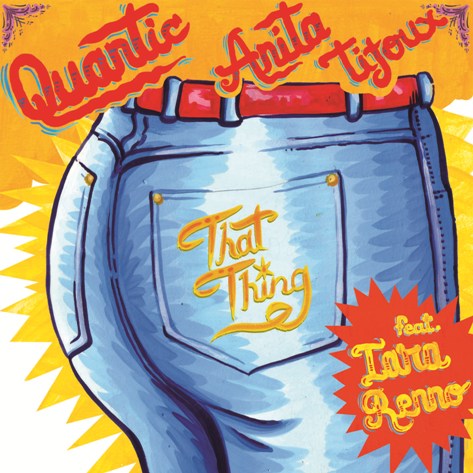 Hoping to unite the musical worlds of North and South America, producer extraordinaire Quantic (aka Will Holland) has gone a step further than giving traditional soul a Latin makeover, as he did on the Alice Russell collaboration Look Around The Corner. For his latest single Quantic has called upon the talents of Chilean lyricist Anita Tijoux (aka Ana Tijoux) to give Lauryn Hill's "Doo Wop (That Thing)" a tropical spin, maintaining its hip-hop roots while injecting a hefty dose of his beloved Cumbia into the track. Tijoux also flips the song's lyrics, delivering a laid-back Spanish flow that fully complements Quantic's overall vision. The track and its B-side "Entre Rejas" are available now on 7" vinyl or via the usual digital outlets. Bring on the sunshine!