Will You Be Checking In At Naughty Boy’s ‘Hotel Cabana’? 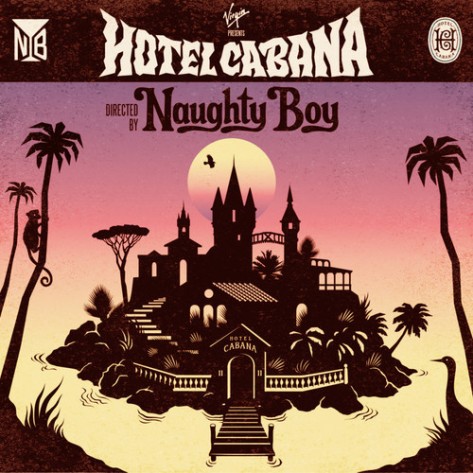 Although we haven't covered his music on these pages, British producer Naughty Boy is no stranger to some of the folks we have featured. He had a hand in Emeli Sandé's smash hit album Our Version Of Events, and he has recently teamed up with Bounce-Worthy singer Sam Smith for the catchy-as-hell "La La La," which hit the top spot on the UK Singles Chart. Naughty Boy has spent the last 18 months crafting his debut solo effort, a concept album entitled Hotel Cabana, which is set to feature some of the biggest names from across the UK's urban and pop landscape. Sandé has returned the favor, guesting on five of the album's cuts, and there are appearances from Ella Eyre (the voice behind Rudimental's "Waiting All Night"), Sam Smith, Wiz Khalifa, Ed Sheeran, Wretch32, Tinie Tempah and, most surprising of all, an out-of-nowhere feature from British R&B/soul heavyweight Gabrielle. Previews of all the album's tracks are up on SoundCloud and, after taking a listen, the album as a whole seems to lack the punch of singles "La La La" and "Lifted," but I will wait until I have given the full album a spin before I make any final decisions. Listen to "Think About It" featuring Khalifa and Eyre in full below and hear what else Hotel Cabana has in store for you on SoundCloud.