Are You Willing To Test Elle Varner’s ‘Tiny Temper?’ 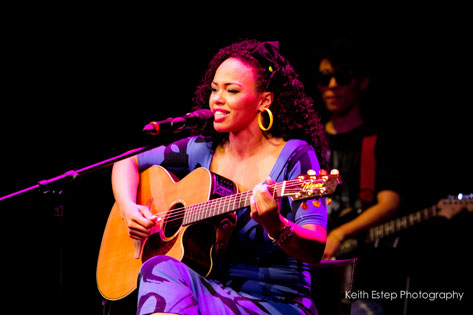 Remind me to never get on Elle Varner's bad side. According to her newly leaked single, "Tiny Temper," the adorable, sweet-voiced singer, to borrow a bit from Wu Tang Clan, ain't nothing to f--k with. "I'm a nice girl, sugar plum sweet/I'll give you all of my love, but don't test me," she sings on the vinegar valentine's chorus. And what will happen if the fella in her life doesn't heed her advice? Elle mentions taking 9 irons to Range Rovers, possibly poisoned pastries and her pulling a Left Eye and setting it all ablaze. While these things may sound like they're outside of Elle's wheelhouse, the production and her sweet, slightly raspy vocals are reminiscent of the sound found on her debut, Perfectly Imperfect. Yet, despite how syrupy sweet everything sounds, you undoubtedly believe that there will be hell to pay when she's crossed (especially near the track's end when she sheds the good girl image and lets the expletives fly). There's no word yet whether this signals that a new project will soon be on the way from the "Refill" singer, but at the very least, it's an intriguing kiss-off for anyone who would possibly dream of doing this R&B up-and-comer dirty. [Photo: Keith Estep]