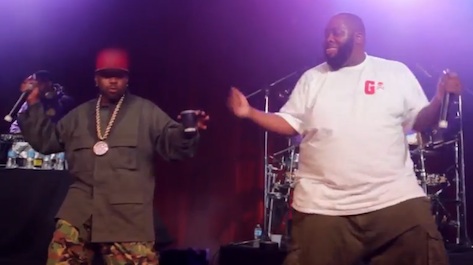 My Hump Day was made significantly better with the release of the music video for Big Boi's Little Dragon and Killer Mike-assisted "Thom Pettie," off the Vicious Lies & Dangerous Rumors album. After seeing Big Boi and Killer Mike perform this a few months back it became my favorite song on the project, and the energy they bring to the mic is adequately captured in the roadie footage in these visuals. Big Boi is the Esau to Andre 3000's Jacob, but his talent, vigor and lyricism goes toe-to-toe with OutKast's favored son. If you haven't seen him perform live, take a peek to see what you're missing, and make plans to catch Big Boi and Killer Mike on the eight-city Shoes For Running Tour starting later this month.