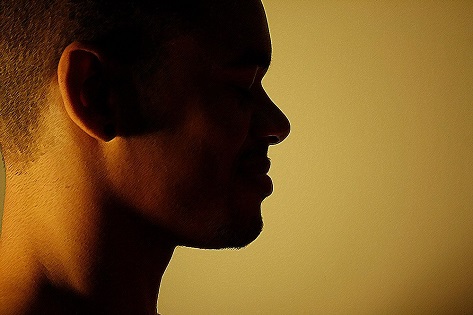 We first caught wind of Jevon Reynolds when his second EP Bare made us stand up and take notice, earning him our Bounce-Worthy stamp of approval. He's now re-releasing the four-song EP (it'll now be available on iTunes, Amazon, Spotify and other outlets) to reach a wider audience. And, to sweeten the put even further, he's also giving listeners a cover of Jessie Ware's "Running," which is making it's premiere here on SoulBounce and is available for free download. To mark the occasion, Jevon talked with us a bit about his "Running" cover, the re-release of Bare, his future plans and why the EP is his medium of choice. Get to know Jevon and hear his take on "Running" after the bounce.
Center

SoulBounce: You previously released Bare via Bandcamp. What's prompting the re-release of the project?

Jevon Reynolds: The opportunity for increased exposure. So far Bare has been quite well-received and releasing it in multiple music marketplaces opens the doors to a lot of new listeners. I'm particularly excited about streaming services, such as Spotify. They have definitely revolutionized how online music is being consumed.

SB: Why did you decide to cover Jessie Ware's "Running?"

JR: Because it was one of those songs that grabbed me within the first two seconds of listening and has not since let go. It also served as my introduction to the lovely Jessie Ware. She is the type of artist that reminds me of why I make music. Every time I listen to her I wanna drop everything I'm doing and get into the studio.

SB: For those that aren't familiar with you, how would you sum up your music?

JR: I have always had a rough time doing that but I'd say it's multi-genre tinged R&B/soul rooted in jazz.

SB: And how do you think your life experiences have influenced your sound?

JR: By me growing into someone who is adaptable, innovative, insatiably curious and a lover of cultural exchange. I think my multiracial background and the diversity I experienced at the University of Michigan both gave me a strong appreciation for the blending of world flavors and influences. All of those characteristics are definitely apparent in my sound, as well as in my musical approach.

SB: Your only feature on Bare was Samantha Purple on "Want Your Love," was that an intentional choice?

JR: It most definitely was! I've known Sam P since grade school and she's literally family. After us losing contact for a few years, we reconnected in LA and the musical chemistry was just there. In addition to our history, I think she and I related on so many other levels seeing [as] we're both musical jacks of all trades, with herself being a talented MC, singer, producer and songwriter. Then there is that indescribable Detroit-connection as well.

SB: What other artists would you want to collaborate with in the future?

JR: That list is way too long to list! Some current ones would definitely be Little Dragon, Flying Lotus, Hiatus Kaiyote and of course, Ms. Ware.

SB: Bare is your second EP in two years. Do you think you'll put out a full-length album soon?

JR: I've been asking myself that same question lately lol. The music industry has changed quite a bit and in this current moment in time, I find EPs to be a great way to make a concise, memorable impression amongst a raging sea of online music. So at the moment the EPs for me. Another reason for my EP affinity is that I entirely produce, write, perform, record and engineer my own material so finishing projects can be quite an undertaking.

However, I must say there is nothing quite as incredible as a well-thought out album that provides a cohesive story. I have been getting the itch to make an album like that so who knows, I may get to it sooner than later.

SB: Outside of the Bare re-release, what else can fans expect from you in the near future?

JR: Fans can expect to hear and see a lot more of me, from new music, collaborations, videos and more.