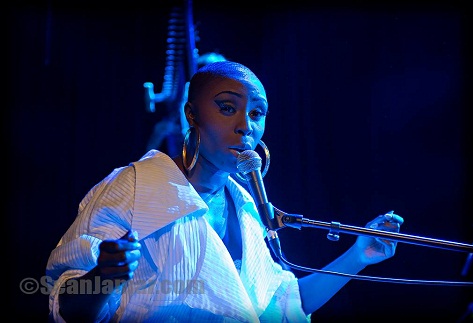 I was just coming down from a birthday high last Thursday when I got the opportunity to see KING and Laura Mvula play at one of my favorite New York venues, (Le) Poisson Rouge during Laura's United States tour. Honestly, while I was a fan KING, I hadn't quite joined the Laura Mvula fan club. Not that I thought her music wasn't good. It was just so subdued to me, more fitting to hear in a coffee shop than on a stage. However, I was open to the experience, as many an act had surprised me before. Still unsure of what to expect, I arrived at LPR on a hot, sticky September night full of anticipation. Little did I know that I would be attending one of the best shows I'd attended in my seven years as a New Yorker.
Center 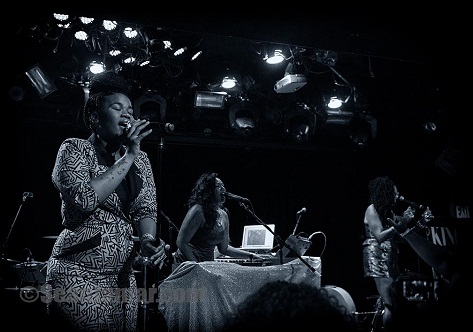 Opening act KING had already started their set. Lucky for me, I had only missed a few moments, and I was able to work my way into the crowd. From my vantage point, I watched as Paris and Amber Strother and Anita Bias, all rocking metallic-colored dresses with hair and makeup flawlessly on point, effortlessly went through their songs from The Story EP as well as a few new ones from their upcoming album. "Supernatural" was just that as Amber and Anita perfectly harmonized over the dreamy groove that Paris laid down. After that was the '80's slow jam vibe of new track "Love Song," which is slightly reminiscent of The System track "Don't Disturb This Groove." Next, they kept it decadently mellow with current jam "In The Meantime," another '80's-leaning track that had the crowd enraptured. They continued the musical decadence with The Story's "Hey" (for which the crowd went wild). The ladies' harmonies were smooth and velvety, at times sounding better than the recorded versions of the songs. 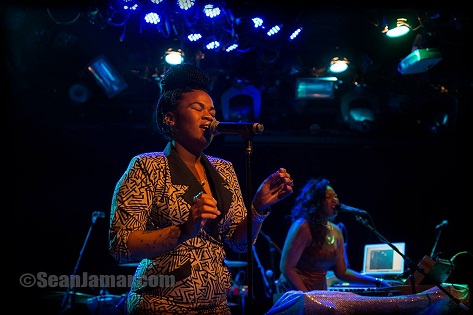 Convinced that they were gonna keep it all mellow, I was pleasantly surprised when they dropped "Mr. Chameleon." A song about a man whose colors change suddenly, the track is a refreshingly upbeat and danceable addition to their repertoire, showing that the KING ladies aren't just about sweet love songs and intimate, introspective tracks. They ended they're stellar set on the high note that introduced them to the world, "The Story." Once again sounding like the recording, the trio rocked and bounced to the track as their voices blended in beauteous harmonies and the crowd sang along as if it were a Top 40 track. 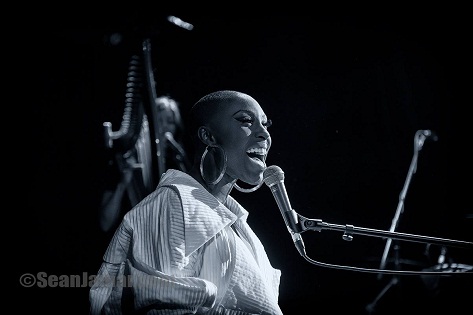 Before Laura Mvula took the stage, the first thing I noticed was how unique her stage setup was. Yes, there was the usual drum set, but there was also a harp, double bass, violin and cello that were to be utilized. Impressed already, I stood among the crowd and waited to see what the British singer would do once she took the stage. I didn't have long to wait. Dressed in head-to-toe white and rocking large hoop earrings, the supermodel beautiful Mvula sat at the keys and started her set with Sing to the Moon opener "Like the Morning Dew." The fusion of folk and R&B went over rather well with the crowd, with applause, hoots and hollers showered upon the singer and her band at the song's close. "This is gonna be a fun night," she said in appreciation.

And she was right. Backed by the lush orchestration of her musicians, who also provided backing vocals (with Laura handling most of the Rhodes duties), Laura enraptured the audience as she performed. Whether it was the non-album track "Let Me Fall," or the many tracks from Sing to the Moon that she played -- "Flying Without You," "She," "Father, Father," "Diamonds" and the set's title track all got shine during the evening -- the audience remained mostly quiet as a pin drop during the songs and erupted into applause after each was done. This, of course, put a big, toothy grin on the gorgeous songstress' face. And when she picked up the pace for upbeat tracks "Green Garden" and "That's Alright," the audience went into a frenzy and grooved right along with her. 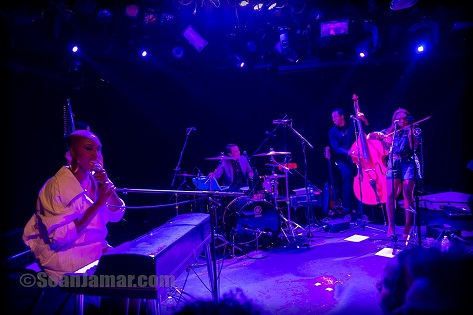 As she and her band, which included her brother and sister on cello and violin, respectively, left the stage, the chants for an encore started almost immediately. They obliged and returned, with Laura noting that they don't usually do encores (even though they had done one -- her cover of Michael Jackson's "Human Nature" -- the previous night). She then launched into a rousing performance of the defiant "Make Me Lovely" that had the crowd singing along to whatever lover Laura was kissing off.

That night, I left LPR knowing two things: KING's new album will indeed be a problem whenever it comes (and I hope that whenever is soon) and Laura Mvula is a musical force that I shall never sleep on again. There are only a handful of dates left on the trek (tonight in Chicago and next week in San Francisco and Los Angeles). If you have the opportunity, make sure that you're in the number to receive the tremendous talents these ladies are offering. 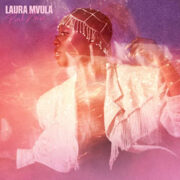 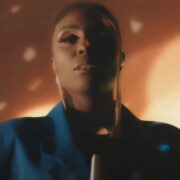