Mack Wilds Turns On The Charm On ‘My Crib’ 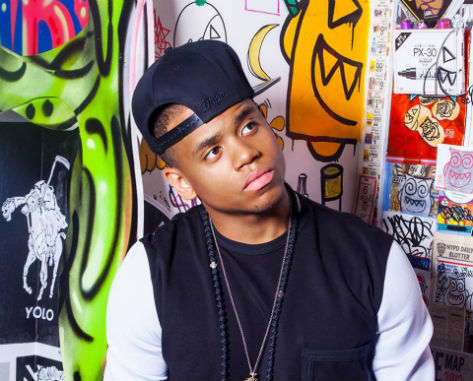 I've been a fan of Tristan Mack Wilds' acting since his days on The Wire, but I've been a little slower to come around to his new R&B dude persona. First introduced with the pleasant enough track "Own It" and following it up with the Method Man-assisted "Wild Things," both songs were aight but Mack had yet to really wow me. However, I may finally be coming around now that I've heard a third song from him, which is just in time considering that his debut album New York: A Love Story drops on September 30th.

"My Crib" finds Mack lightweight getting his mack on over the phone and coaxing a young lady to come kick it with him. Getting her out of her house and into his is the final destination, and she needs very little convincing. He flirts his way through the track produced by Bink!! and Salaam Remi and makes his intentions known about what's gonna happen during their private time and the whole nine. If she's down, he's down and it's going down. "My Crib" is sexy without being skeezy and may serve Mack well if it's released as a single. He definitely has my attention now.