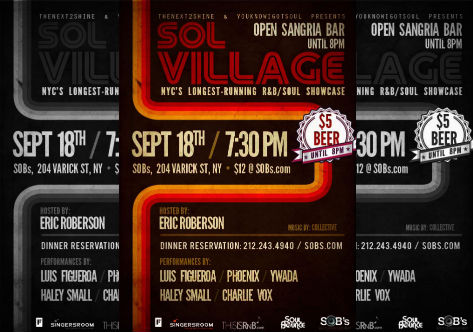 It's hard to believe that September has almost reached its midpoint, but this month has certainly been flying by. Which can be both a good and bad thing. If you live in the New York city area then consider it all good as that means that the next edition of Sol Village is rapidly approaching. September's Sol Village goes down on Wednesday, September 18th at S.O.B.'s, and it's once again going to be the place to be that night with rising talents Phoenix, Luis Figueroa, Ywada, Charlie Vox and Haley Small scheduled to perform. Eric Roberson will hold down hosting and The Collective will hold down the music. And our good friends at S.O.B.'s are holding us down with two pairs of tickets for two lucky NYC Bouncers. Enter to win after the bounce or purchase tickets now online or at the club's box office.
Center 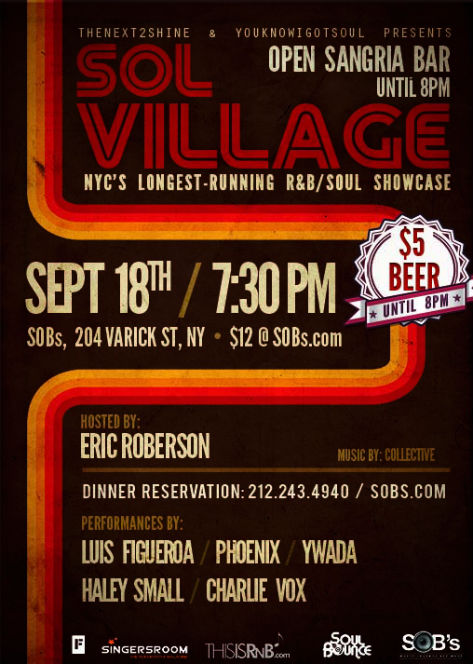