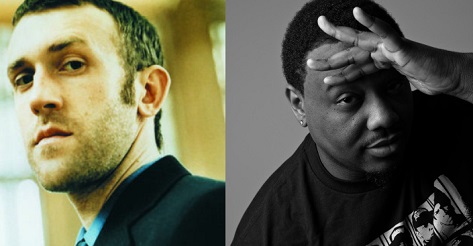 If you thought that next week's Love In Flying Colors would be your only dose of Phonte this fall, then you were sadly mistaken. Mr. Coleman continues proving that he's one of the most called on vocalists in the biz with his feature on RJD2's "Temperamental."

Flexing his singing rather than his rhyme skill this go 'round, Phonte sings through a distorted haze about a relationship that is nearing its dysfunctional end. Phonte slips on the role of a moody lover whose lady is spreading lies about him in the streets while he's back home contemplating (figuratively) burning their entire relationship down to the ground. It's definitely a departure from the more loving side that Phonte has shown in collaborations with his +FE crew in the past. "Temperamental" is lifted from RJD2's upcoming project More Is Than Isn't, which will be released on October 8th and is available for pre-order via iTunes right now.


TAGS:  audio, phonte, rjd2
Previous: Aaron Camper Opens Up About Music, ‘Madness & Megahurtz’ & His Next Moves Next: This First Look At Marvin Gaye’s ‘Sexual Healing’ Biopic Is Quite Sobering