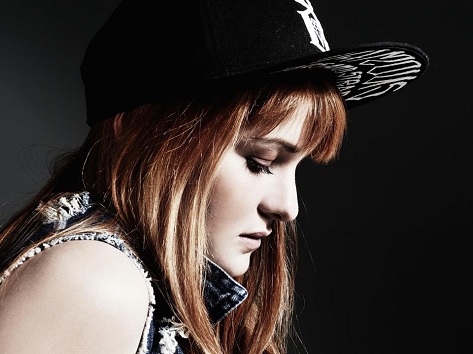 After hearing Bulgarian singer Ruth Koleva's jazzy take on soul, we had no choice but to induct her into our stable of Bounce-Worthy artists. Now, with her latest single "Better" hitting airwaves across the globe and work on her new LP wrapping up, Ruth is poised to make an even bigger impact on the world. We were able to snag a few moments of the up-and-coming singer's time to ask her a few questions about "Better," her musical beginnings, her diverse array of new collaborators and whether we can expect her to bring her sultry stylings to the US. Settle in after the bounce to learn a bit more about Ms. Koleva.

SoulBounce: Bulgaria isn't the first place you think of when soul music comes to mind, how did you become interested in soul?

Ruth Koleva: It all started when I was around 10 [or] 11. My parents divorced, and the only things my mom left behind in our house were her cassettes with albums of Marvin Gaye, Nat King Cole, Ella Fitzgerald and Miles Davis. I used to play them over and over again and sing along. Back then, Bulgaria was a very difficult place to grow up in. The post-socialist regime had brought a lot of suffering in people's lives. Mafia had taken over, and I remember we were quite poor at that time. Music saved my life in way. Later on when we got our first cable TV, I was sitting in front of VH1, waiting to hear Lauryn Hill, D'Angelo, Erykah [Badu] and Jill Scott...I was recording every song on my VHS player, I still have them in fact. That's when [it] all started. Later on, I became involved in the local underground hip-hop and drum and bass scene. When I was 15, I got a deal with manager Joe Fletcher and had my first studio sessions in New York.

SB: According to your bio, you spent a good deal of your childhood without your mother and under the guidance of your Olympian father. How do you think your upbringing played a part in shaping your sound?

RK: My mom is [an] incredibly gifted person. She is really talented in all kinds of art. She basically gave me the tools of making music. She taught me how to play piano when I was little. She played beautiful music to me and my twin brother, since the day we were born. My dad on the other side, taught me to be a very disciplined and ambitious person. He made me a perfectionist and this is really helping me when it comes to managing my music and touring.

RK: Sure they have been an influence, and it is a compliment to have their names mentioned when it comes to me and my music. Though, I do feel like because of my early years in hip hop and drum and bass, I have a lot of influence from there as well. I opened for Redman & Method Man when I was 17, and it's one of the best shows I've done so far.

SB: Who else do you consider to be your influences?

RK: D'Angelo, A Tribe Called Quest, Nat King Cole, Herbie Hancock, Michael Jackson, 4hero, Silhouette Brown, Maxwell, Roisin Murphy, Shy FX, Donny Hathaway, Floetry, Ella Fitzgerald. I've been thought a lot of style influences, which I believe is something good in terms of building your own vibe and presence, I also like a lot Pearl Jam, Red Hot Chili Peppers, Queen...I think it's a important thing to learn from music, just get into it.

SB: Speaking of influences, you once got to take the stage with the legendary Bobby McFerrin? What was that like?

RK: It was the most exciting feeling ever. I was scared and my legs were shaking. He is an absolute genius and also a really nice person. He made me feel really comfortable on stage. I feel blessed that I had the opportunity to sing with him.

SB: What was your time like on Music Idol? Did you enjoy the competitive nature of the show?

RK: Not really. I am not a fan of music reality shows, to be honest. They exploit people. Television is a filthy business in general. They don't care about the people or the music. They only care about the ratings. I got lucky to develop rapidly after the show, because from all the seasons they had here from X Factor and Idol, all the finalists and even the winners are back where they were...most of them don't even do music anymore.

SB: Your first album, Within Whispers, got you a lot of notice, including being named Woman of the Year by Bulgaria's GRAZIA magazine. What was that kind of success like for you?

RK: I am very proud they gave me the award for Woman of the Year. I am the youngest person to receive that award here and it's really flattering. It's also a duty. People have expectations and you are, in a way, obliged to fulfill.

SB: We absolutely adored your Future Sweet EP. Can we expect more of that sound on your new album?

RK: Thank you so much! Well yes, my new album is following the line we built with Future Sweet. The sound, though, is more modern. I really hope that you'll like it!

SB: You enlisted Seravince for your new single "Better." How did that collaboration come about?

RK: Seravince actually produced the whole album. We met a couple of years ago in Amsterdam. After a while, we reconnected last year, and he suggested that we do an album together. I was really excited about it, because I love his music and he is a MASTER in the studio! He is also a perfectionist when it comes to sound and vibe. It's been a amazing to work with him.

SB: "Better" takes a different approach than most songs as it tells the story of a woman who suspected her man was cheating but was proven wrong. What made you decide to take on this perspective?

RK: Well the main message of the song is that, we can both do better. When we made this song, I was going through a tough time ending my previous relationship. We really had hit the bottom and things were not working out. They didn't work out afterwards as well. "We just hit the bottom, ground zero, it's not easy to rise"... I believe this song made me realize a lot of things about love and relationships. People should try to change and do better before it gets too late.

SB: Is the album complete yet or are you in the final stages? Have you settled on a name?

RK: We finished recording, and we are starting mixing tomorrow! I have a couple of ideas of a name, but I still want to kind of have an enlightenment, to wake up in the morning and just have the name in my head. This album is something really special for me. It's filled with so much thoughts and emotions and it feels like a book, not just some songs put in a CD.

SB: We've also heard that you've enlisted quite the who's who of collaborators (Diggs Duke, Colonel Red, Richard Spaven) for your upcoming project. Were they carefully picked or did they come about more organically?

RK: Well, it's kind of combined. I really wanted all these amazing people on my album, and I am happy that it happened that they were interested in doing it as well. I very much admire Sharlene Hector, and I am extremely happy she came to Amsterdam and recorded the backing vocals for my album.

SB: Though you got to work with so many people, we're sure there are many more that are on your wish list. Who are your dream collaborators?

RK: Oh there are so many people I would LOVE to work with. I am quite open when it comes to collaborations, but my dream collaboration would be any of those I've mentioned as my influences. Literally any of them would be a dream come true.

SB: Are there any plans to bring your music stateside in the works?

RK: Yes there are, hopefully in the near future!