Salaam Remi & Akon Have ‘One In The Chamber’ 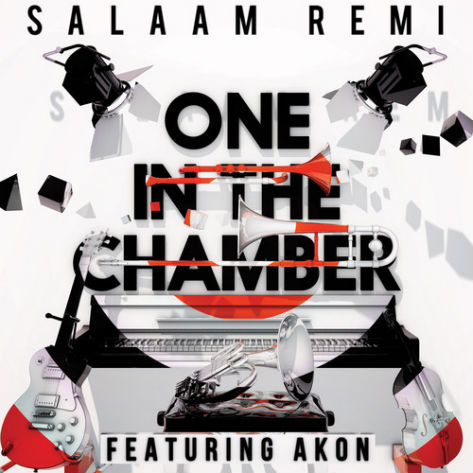 There was a time in the mid-2000s when you couldn't go anywhere without hearing the music of Akon -- for better or worse. He has been kinda quiet in recent years but has been hard at work behind the scenes at his KonLive Distribution label, responsible for bringing Lady Gaga to world. He apparently has another album in the works with Stadium scheduled to come out at some point in late 2013. We're not exactly waiting for that here at SBHQ, but we are checking for this new Salaam Remi project, which features Akon on the lead single. Akon has joined mega-producer Remi, who is responsible for some of the best work from musical visionaries like Amy Winehouse and Nas, on the track "One In The Chamber." The song, a cautionary tale about a "drama queen" who has "one in the chamber," sounds very soul-revival oriented (with a little Mobb Deep "Shook Ones Part II" feel to it), which is right in Remi's wheelhouse. On the flip side, Akon's trademark vocal drone sounds surprisingly dated. This won't exactly bring him back to the forefront like "Blurred Lines" and "Get Lucky" have done for Pharrell this year, for instance. It is great to hear new music from Salaam, however, especially with the promise of more coming on his upcoming album ONE: In the Chamber scheduled to drop on Tuesday, September 30th with features from Ne-Yo, Corinne Bailey Rae, Stephen Marley and more lined up.