SoulBouncers: Win A Copy Of The ‘Boardwalk Empire Presents Sounds Of The Onyx’ CD! 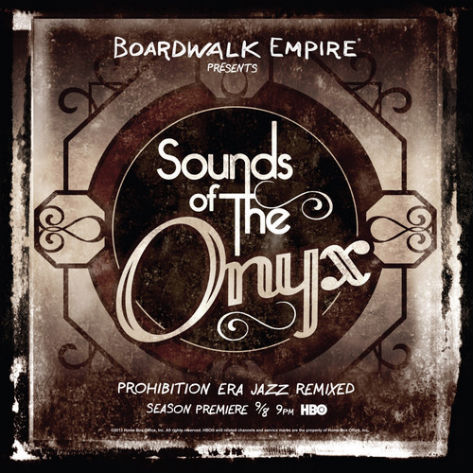 If you're anything like me, then you probably cannot go on social media on Sunday nights without seeing the majority of your timeline talking about the latest must-watch television program or engaging in some of the lively chatter yourself. With its fourth season recently premiering on HBO, Boardwalk Empire is one of those programs. The award-winning drama takes viewers into the organized crime underbelly of Atlantic City during Prohibition Era. Music plays a small role in the series, but a promo mix to celebrate this new season has been released that brings some of those vintage recordings from the 1920s to the modern day. Boardwalk Empire presents Sounds of The Onyx features an array of producers who put their magic touch on classic recordings by Eva Taylor & Clarence Williams' Blue Five, Ethel Waters, Lloyd Scott & His Orchestra, Jim Jackson and Charlie Johnson's Paradise Ten Orchestra. Reworks come to us by way of Pete Rock, DJ Jazzy Jeff, Om'Mas Keith, Shafiq Husayn, JayCeeOh & B-Sides and Tall Black Guy who chop, flip and strip these tracks as only they can and bring them into the 21st century. The entire promo project can be streamed now exclusively on SoundCloud, but our friends at Giant Step have given us three copies of the project on CD to giveaway to some our music-loving SoulBouncers out there. Listen to Sounds of the Onyx after the bounce, and if you're feeling what you hear then enter to win it on CD.
Center