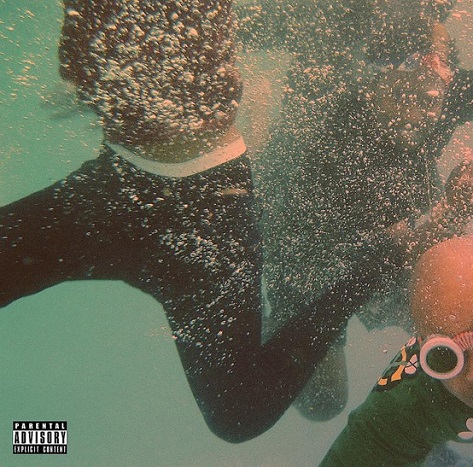 Ever since hearing their single "Love Song -1," it was obvious that The Internet had harnessed something unique. Their subsequent debut Purple Naked Ladies showed just how unique that sound was. With songs like "Cocaine," "Fastlane" and "Love Song -1," their take on modern R&B was a refreshing one marred only by a handful of songs that, while good ideas, weren't fully developed. Their sophomore set Feel Good finds the once duo (fronted by Odd Future's Syd the Kid and Matt Martians) expanded by a backing band and fleshing out their sound. Along with that comes a bit more attention and focus when crafting songs, which is highly evident throughout the album. On Feel Good, the group shows that they're more than just an offshoot of the OFWGKTA movement, they're an honest to goodness musical force ready to make their mark.
Center

The duo's expansion to a full-fledged band is felt from the album's beginning on the intro "Tellem." Taking the initial electronic sound found on PNL, the intro combines those elements with warm bass and jazz flourishes that beautifully agree with Syd's delicate vocals throughout the album's 66 minutes. "Sunset" is perhaps where this is most apparent, with Syd and guest Yuna's vocals ebbing and flowing nicely against the slightly tropical, sunny backdrop the band provides. And the experimental funk groove of "Don'tcha" (perhaps where album co-producer Chad Hugo's influence is felt the most) explores elements of disco, soul and funk that were hinted at but never fully realized when the group was just a duo. The real surprise at the album's start, however, is surefire slow burner "You Don't Even Know." Though it was already shown that they could make a slow jam with the original version of "Partners In Crime," "You Don't Even Know" pushes the envelope further with a dreamy groove that could go up against any quiet storm staple out there. It's also a welcome showcase for the group's resident keys player Tay Walker, whose rich tenor perfectly offsets Syd's breathy vocal.

The middle section of Feel Good isn't as pleasing as its beginning, mainly because instrumentals attached at the end of a few of the songs, though good in their own right, slow the momentum a bit. However, quite a few gems can be found here, like wistful jams "Red Balloon" and "Cloud of Our Own" and funky motivational jam "Running" (which once again utilizes Tay Walker). But by the time you arrive at the sultry "Shadow Dance," the album regains its footing as Syd takes a page from Meshell Ndegeocello's book and sings soft and low about the loveliness of the female form in motion.

Rapper Mac Miller returns a favor with his cameo on "Wanders of My Mind" (the group opened for Miller during a tour and even served as his backing band). Interestingly enough, Miller doesn't rap here, opting to do an odd talk-singing that serves the track well and adds a bit of an alt-rock element to the hazy R&B of the track. It also set's the stage for a revamp of "Partners In Crime," dubbed "Partners In Crime Two," that trades in the slinky electro-R&B of the original for a smoky, guitar-driven groove and a slight interpolation of Kelis' unknown classic "Perfect Day." Album ender "Higher Times" enlists the help of Bounce-Worthy soulster Jesse Boykins III to deliver his signature falsetto on a futuristic leaning R&B groove that ends the album on a high note before fading into another creative (though long) instrumental.

While it does have its weak moments, Feel Good is without a doubt a solid album from a burgeoning group that will undoubtedly make a big musical mark in the future. The fact that Syd, Matt and the crew were able to show so much growth in the two years since Purple Naked Ladies was released is nothing short of remarkable. The only major error with the set? That the stellar groove "Give It Time" didn't make the cut. And when your biggest mistake is not adding a great song to an already great set, then you're definitely doing something right.