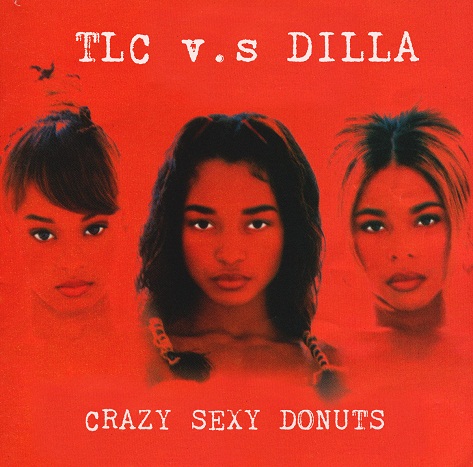 CrazySexyCool: The TLC Story, about the ups and downs of TLC, had me pouring over their back catalog this week. And apparently, while I was listening to "Creep" for the fifty-leventh time, blender extraordinaire Boom Box Radio (aka Riley Wallace) was also digging through the TLC crates and got the crazysexycool idea to mix vocals from some of our favorite TLC tracks with instrumentals from the late great J Dilla. The result is Crazy Sexy Donuts, a four-track set that he's offering on his Bandcamp page at a name-your-own-price rate. Though I would've never dreamed of marrying the two factions, this cat was definitely on to something. Look no further than the second track of the set, "Scrubs Won't Do," which blends "No Scrubs" with Dilla's "Won't Do" for a smoothed out take on kicking a triflin' dude to the curb. If you're looking for a new spin on TLC's catalog as you take a trip down memory lane, Crazy Sexy Donuts is definitely something worth giving a listen. Stream the set after the bounce, and pick it and a few of Boom Box Radio's other great blend projects, up at his Bandcamp page.
Center