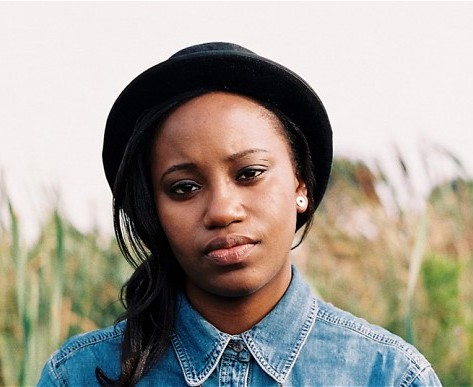 Nineteen-year-old Jamaican-born, London-raised singer/songwriter Denai Moore could well be the next big thing in British soul music, at least if her debut EP Saudade is anything to go by. Denai caught the music bug from her father, whose keyboards she used to play around with when she was a child, but it was picking up the guitar when she moved to London that gave her the inspiration to embark on a career in music. Her sound is a difficult one to define, being a blend of soul, folk and melancholic pop, but to give you an idea think a female James Blake at his most simple and soulful ("Retrograde," "Limit To Your Love"), with a dose of Kwabs' rawness and Lauryn Hill's honesty thrown in for good measure. Sure those are impressive names to be banding about in relation to a relatively unknown singer, but one listen to "Gone," the highlight of Saudade, and you will hear why. Hit the bounce to hear "Gone" and the gorgeous "Everything," which is taken from her sophomore EP The Lake, to be released on November 4th.


TAGS:  audio, Denai Moore, james blake, Kwabs, lauryn hill
Previous: We Are ‘Falling’ For Shy Girls All Over Again Next: Have A Little Sip Of Clare Maguire’s ‘Black Coffee’