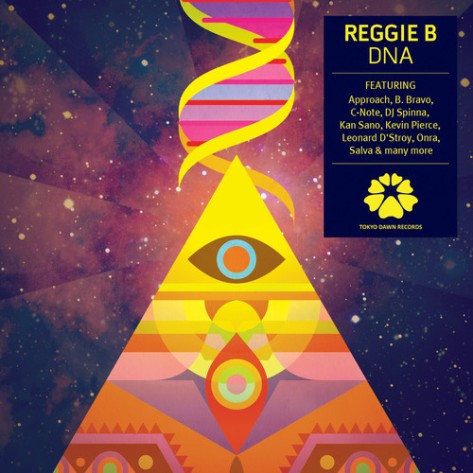 After making regular appearances on their various compilations, Reggie B is teaming up with Tokyo Dawn Records to release a full album later this month. DNA is chock full of soulful boogie and electro-funk -- exactly what we have come to expect from a TDR release -- and also features a host of guest appearances from the likes of DJ Spinna, Onra and B. Bravo. To whet appetites for the project's October 21st release date, TDR has released a three-track sampler, which kicks off with the utterly addictive "Do You Wanna Ride." Featuring B. Bravo, Salva and C-Note, the track is built around futuristic synths and hand-clap percussion, all supporting Reggie's soulful vocal delivery. The sampler also includes the smoothed out "Light Horizon" and the DJ Spinna-assisted "Martian Man," both of which make DNA sound like it's gonna be an essential listen. Hit the bounce to hear for yourselves.
Center