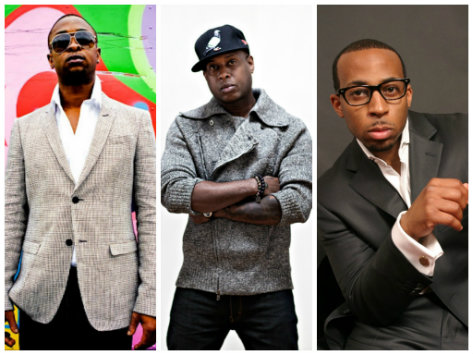 The line between jazz and hip hop has long been blurred. Hip-hop music has been infused with jazz since the '80s. In turn, jazz instrumentals of popular hip-hop songs would gain footing some 20 odd years later. That said, it should come as no surprise that the two genres would unite once more, this time on jazz trumpeter Maurice Brown's album Maurice vs. Mobetta. The album finds him going toe-to-toe with his rapping alter ego with the clear winner in this battle being music fans. In addition to displaying his own lyrical talents, the album finds him calling in a few favors from friends such as Jean Grae, Consequence, Prodigy, DJ Scratch and Talib Kweli. The latter shows up and shows out on the album's lead-off song "Fly By Night," which finds the two trading verses over a bass and drum-fueled track. The result is a contagious jam, made all the "mo' betta" (insert rim shot here) when the horns come in. And the two are joined by Brown's fellow Tedeschi Trucks Band cohort and SB fave Saunders Sermons, who also lends his vocals to two other tracks on the album. Brown more than proves that he's just as adept at spitting a verse as he is with a trumpet in his hand. Maurice vs. Mobetta, which dropped October 8th, is available on Amazon, iTunes and Google Play.