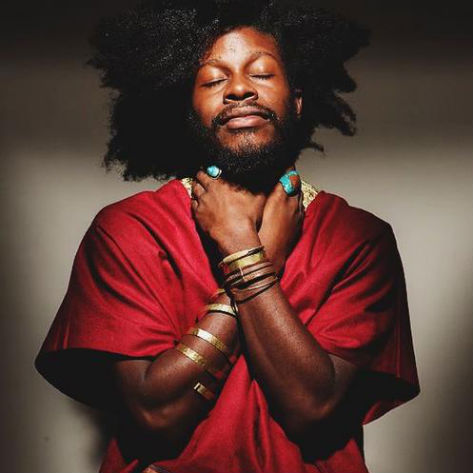 Why even listen to Drake's "From Time," I ask myself, when Jesse Boykins III just came through and threw down on the track? That's exactly how I felt after listening to his remake of Drake and Jhené Aiko's track from the former's new album Nothing Was the Same. On the original, Jhené's airy vocals make the song seem like a slightly more soulful hoodchick anthem, but JBIII lends a romantic gravity with his voice on his version. As soon as the light piano and the kick of the beat dropped in I was ready to throw my booty back or maybe do a little two-step. I must admit it took a while for JBIII to grow on me, but he's getting to be undeniable at this point. His voice is like a velvet muff wrapped around the song, and lyricist MoRuf88 holds his own with a flow that nestles comfortably with the beat. Listen for yourself (and download for free!), and see if this isn't the perfect cuffin' season anthem for the cold weather months. You may also want to check out the rest of JBIII's P.O.P. [Purpose or People] EP, which features his unique take on other covers (including another Drake track), that was released earlier this year.


TAGS:  audio, drake, jesse boykins iii, jhene aiko, MoRuf88
Previous: Morning Soul: I’ll See You When I Get There Next: Sharon Jones & The Dap-Kings Take A Step Forward With ‘Retreat!’