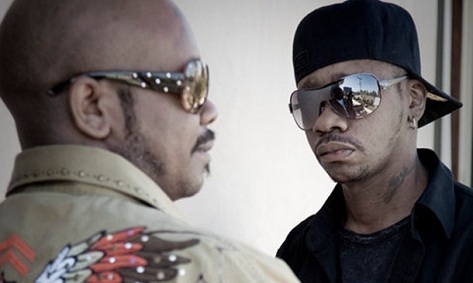 With their new album My Brother's Keeper just released yesterday, we have found ourselves a bit less than impressed with what K-Ci & JoJo have presented from the set thus far, namely lackluster lead single "Knock It Off" and their "performance" on the Tom Joyner Morning Show. However, their latest single "Show & Prove" might just be a saving grace. While the voices that made their 1998 single "All My Life" a prom and wedding staple just aren't the same, the brotherly duo manages to deliver a decent track that, while not reinventing the R&B wheel, slightly reminds you of the greatness they once laid claim to in their heyday. The real question, though, would be whether this effort can garner enough interest in the Hailey brothers and their album. I don't think it will, but you may disagree. Listen to "Show & Prove" and, if you're so inclined, pick up My Brother's Keeper now on iTunes.