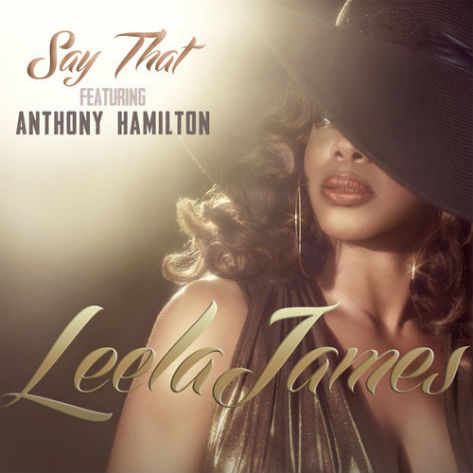 There's something about the vocal interplay between a man and a woman over a groove that tells the story of love, heartbreak and love again that taps into the soul. From Marvin and Tammi to Donny and Roberta or Rick and Teena, even Rene & Angela, the duet has long been a staple in soul music. There was no shortage of soul when Leela James connected with Anthony Hamilton for "Say That," the lead single from James' upcoming album.

"Say That" has a strong mid-tempo groove that allows the gritty soul singers the space to operate with the power their respective voices possess. Leela's verse brings us into that familiar feeling of longing and needing reassurance, while Hamilton steps up to the plate and lays out his intentions as the man in her life. It should come as no surprise that "Say That" is the most added song on Urban AC radio this week. Leela and Anthony's duet will be available for sale at digital outlets on October 29th, with a video featuring the singers due in the coming weeks.