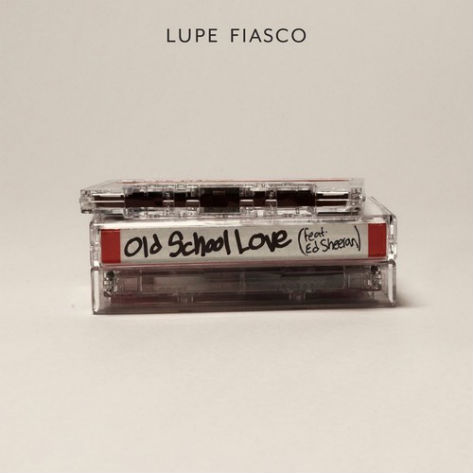 Lupe Fiasco wants that old thing back with his latest release "Old School Love." On the new single Lupe explores traditional love and the love of music with lyrics like, "Give me that late '80s, early '90s old school/Feeling like my second album, so cool" and "Melle Mel's, Ice-T's, and the 2 Cools/Add a Moe Dee and a Double L." Even the track's cover art features old school cassette tapes. (When was the last time you wound up one of those?) The single is upbeat and features classic piano and an intentional hip-hop beat that partner up to make an optimistic song to vibe to. British singer-songwriter Ed Sheeran, who is only 22 by the way, provides the vocals for the contagious hook that will definitely get stuck in your head. "Old School Love" will be on Lupe's fifth studio album Tetsuo & Youth, which will debut in early 2014. The conscious rapper heads on a 32-city Tetsuo & Youth preview tour beginning November 1st to show you what he's working with. Until then, let Lupe take you down memory lane with his latest.


TAGS:  audio, Ed Sheeran, lupe fiasco
Previous: We Get To See ‘Everything’ From Breach Next: Fantasia’s Interviews Aren’t ‘Safe’ With Avery*Sunshine Around