Moko’s ‘Honey Cocaine’ Will ‘Freeze’ You In Your Tracks 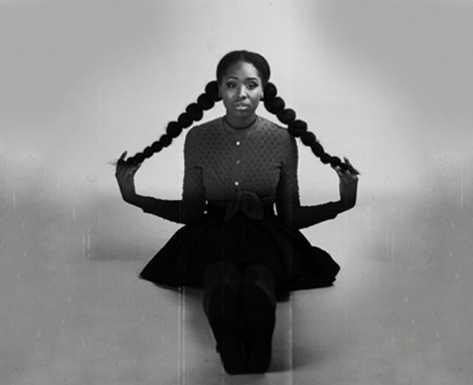 With a voice that belies her 21 years, a penchant for glitchy soulful house and Massive Attack-esque trip-hop and a co-sign from Chase & Status, London's Moko has all the ingredients of a star in the making. We first fell head-over-heals for the South Londoner when she released "Hand On Heart" at the beginning of the summer, and then again when she dropped an unexpected cover of Jade's "Don't Walk Away," and now she has released what might well be one of my favorite EPs of the year, Black. At four tracks in length, it's a short affair but a welcome taster of her full-length debut due next year on Chase & Status' MTA Records. The EP features "Hand On Heart" and her debut single "Summon The Strength" alongside two new tracks -- the driving, D'n'B-inflected "Freeze" (the video for which you can peep after the bounce) and the darkly brooding "Honey Cocaine," which you can hear below. The latter could well pass for an unreleased Massive Attack track with those huge vocals recalling the band's lead singer Shara Nelson at her best. Moko's Black is available now.