Raheem DeVaughn Gets ‘Ridiculous’ On ‘Arsenio’ 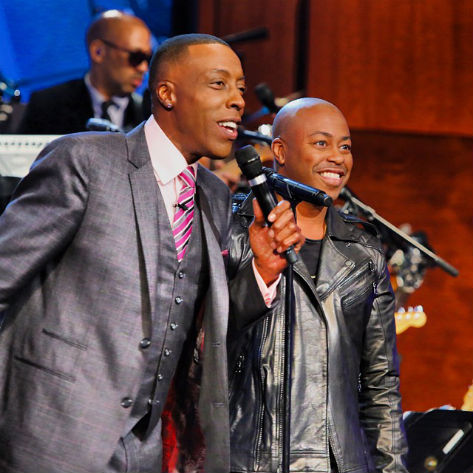 Though Arsenio Hall's latest late night incarnation isn't as great as his first run in the '90s, the host is still managing to land some major musical talent on the program. Raheem DeVaughn, who delivered something for the lovers with his latest album A Place Called Love Land, brought a bit of that love to the stage on Arsenio on Wednesday. Dressed in all black, Raheem delivered his single "Ridiculous" backed by the house band. The singer was obviously having a good time during the set, often closing his eyes and smiling as he sang about not being afraid to be a fool in love for his lady. One of the best tracks on Love Land, "Ridiculous" went over well on the show, hopefully introducing more people to this very talented soul man. If you happened to miss the performance (or perhaps tuned out on Arsenio), you can peep Raheem bringing A Place Called Love Land to the small screen just after the bounce.