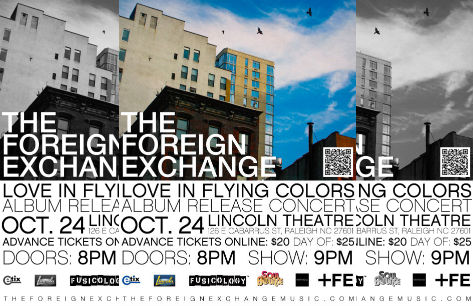 As soon as The Foreign Exchange dropped their new album Love In Flying Colors fans started asking when they'd go on tour. Well, the official LIFC tour won't jump off until 2014, but that's not stopping everyone's favorite duo from performing a few shows now to satisfy the thirst. First up is their album release concert in Raleigh, NC on Thursday, October 24th at the Lincoln Theatre. Phonte and Nicolay are sure to show up and turn up with their live band in tow to sing songs old and new. It's going to be a party in their home state and one that you'll want to attend. Tickets are on sale now, and we've been given a pair courtesy of +FE Music to give away. Enter to win after the bounce! 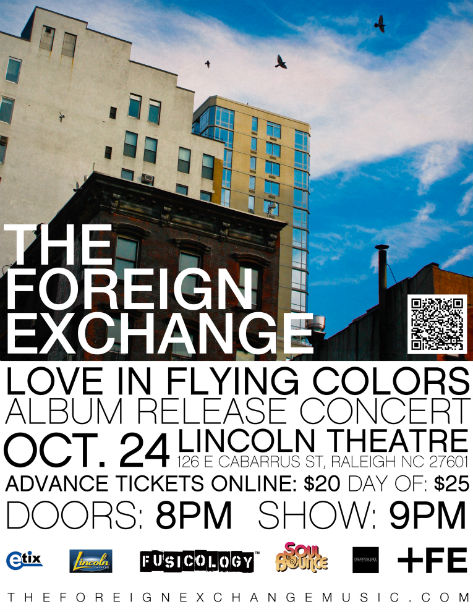