Rihanna & Pharrell Join The Reality Ranks With ‘Styled To Rock’ 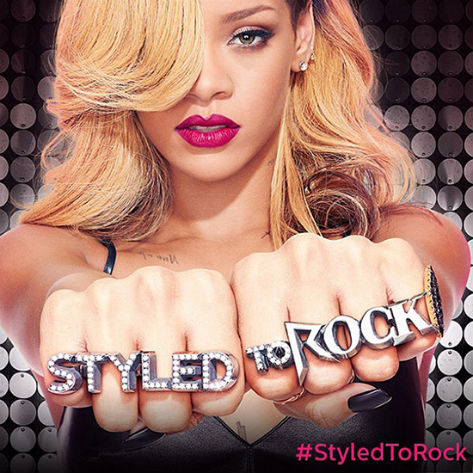 Television needs another fashion-themed competition show like it needs another reality show period, but with pop star and fashionista Rihanna involved behind the scenes and in front of the camera, Styled To Rock may be worth a look. Miss Robyn Rihanna Fenty is using her complete government name as executive producer and star of Bravo's latest series, so you know she means business in her search for America's hautest designer. And she's not alone in her quest, with the forever young Pharrell Williams in place as one of the mentors/judges alongside model/actress Erin Wasson and RiRi's stylist Mel Ottenberg. The fabric will be flying with 12 up-and-coming designers competing over the course of 10 weeks for a $100,000 cash prize, a fashion feature in Glamour magazine and the chance to become the next member of Rihanna's design team and outfit her in the finest of underboob-baring shirts and booty shorts. Hey, someone's gotta do it. Weekly challenges will include outfitting a celebrity guest, and famous faces scheduled to appear on season one include Ne-Yo, Big Sean and his boo Naya Rivera, Kid Cudi and Miley Cyrus, who should be the easiest to design for since she no longer wears clothes. Styled To Rock premieres on Friday, October 25th on Bravo, and in case you have a life and won't be posted up in front of your TV on Friday night, it will more than likely be rerun until you're sick of seeing it -- kinda like everything else on the channel and most things involving Rihanna.